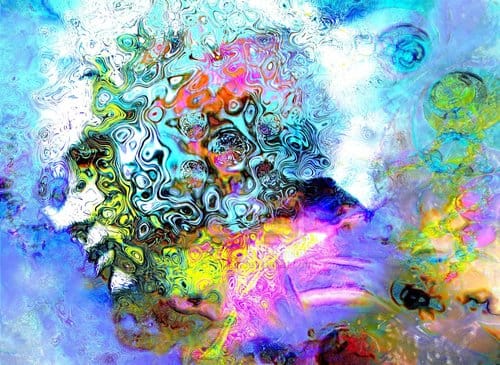 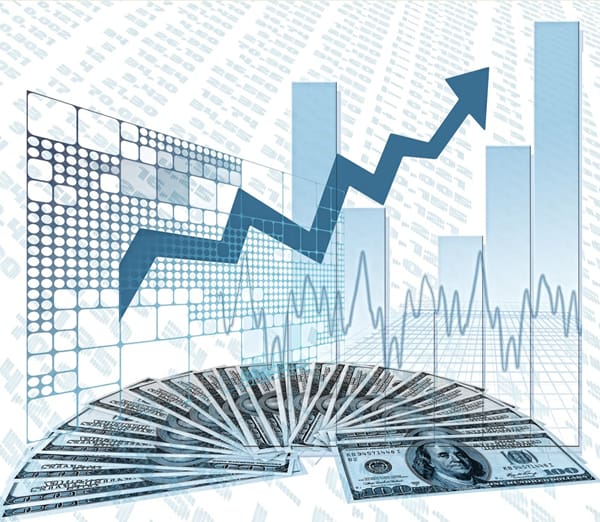 If you were to ask any ordinary person if they would like to start their own business and work for themselves, 96% would say yes, but only 4% actually do.  You'll hear employees complain all the time that business owners have it made and they make tons of money.  Of course employees put in their time and they get a paycheck every week, while the business owner has to deal with the stress of paying those people each week.

The business model of employer-employee has been around for ages.  The interesting thing is, the vast majority of people have no desire to be controlled by someone or something.  When we're young we think about all the possibilities that lie before us and we envision a life of doing something we truly love without the shackles of a boss.  But soon life itself gets in the way and we find ourselves sentenced to 40 years of the 9-5 rat race.  Not exactly what we had in mind.

If you have an entrepreneurial bone in your body, watching those video clips is like witnessing someone drag their nails across a blackboard.  It makes your skin crawl.  So why then do so many people do it?  Why do they subject themselves to the lunacy of the employee concept, when that's clearly not what they had in mind when they entered real world of making money? 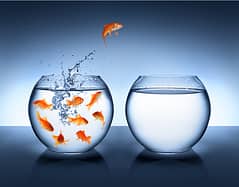 It comes down to a simple fact of life.  We become comfortable in our environment.  It reminds me of my favorite movie "The Shawshank Redemption".  After spending nearly 50 years in prison Brooks (James Whitmore) was parolled and even though he was a free man, he couldn't handle life on the outside and ended up killing himself.  As Red (Morgan Freeman) said, Brooks had become institutionalized and Shawshank Prison was his comfort zone.

So what's the biggest reason that people find it so very hard to leave their comfort zone?  In most cases, it's the fear of the unknown.  You see there are no guarantees.  Bill Gates started Microsoft without any guarantees, so did Mark Zuckerberg when he launched Facebook and Steve Jobs was promised nothing when he introduced the Mac computer to the marketplace.

It's curious that the fear of the unknown stops most people from moving forward in business, but they don't let it stop them in other respects.  A perfect example is driving down a dark deserted country road late at night.  You've never driven this road before and the only light there is comes from your headlights that allows you to see a few hundred feet in front of you.  There are lots of twists and turns too, and yet you keep driving. Even though the road is a complete unknown, that does not stop you from continuing to drive.

The second fear is the fear of failure.  Here's the thing, failure has such a negative connotation for most people.  The reality is quite the opposite and this quote kind of sums it up...

"Success is not final, failure is not fatal: it is the courage to continue that counts"

Truth be told, to have success in just about anything you've gotta fail your way out of your comfort zone.  In business and life, failure is a learning experience and a stepping stone to reach your true potential.  It's not an option.  Ask any successful person in any endeavor and they will tell you that they've learned far more from their failures than their successes.

Plus failure is a relative term.  Case in point.  What do you call a major league baseball player who year after year fails to get a hit 7 out of every 10 times he comes to bat?  You call him an all star millionaire.  Why?  Because if he fails to get a hit 7 of 10 times, then he does get a hit 3 of 10 times.  And that means he's hitting 300.  Major league baseball players who consistently hit 300 are paid millions.  Bottom line; baseball players are paid millions to fail 70% of the time!  Michael Jordan missed one of every two shots he took and Wayne Gretzky said that you'll miss 100% of the shots you never take.

There are many roadblocks and potholes when it comes to the mindset of an entrepreneur, but one of the biggest is rejection.  Why is that?  Cause people just don't like being told 'NO' over and over again and even worse being put down for getting involved in a business.  But the reason rejection has such a devastating effect is that people take it personally.  They feel like THEY are being rejected, when in fact people are saying no to transforming their own circumstances.

So many people are unhappy in their current situation and by saying no to your offer, they are not rejecting you, but rather they are refusing to change.  They have made a decision to maintain their life as it is even though that's not where they want to be.  In reality they are willing to settle for the status quo and downsize their dreams rather than escape the land of the job dwellers.

Think about it this way.  There are 4 aces in every deck of cards.  The question is are you willing to go through all 52 cards to find the 4 aces (Yes's)?  If not, this entrepreneur thing might not be for you.  That's because in any business that acquires customers, clients or subscribers, the most successful people not only get the most Yes's, but they also get the most No's along the way.

Sooner or later your perspective has to change to one that welcomes the No's and appreciates the fact that every no gets you closer to a yes.  For instance, when Babe Ruth set the home run record with 60, he also led the league in strikeouts. But no one remembers that. They remember the Yes's (homers) not the No's (strikeouts).

In the end, there are many factors that play a significant role in determining your success as an entrepreneur.  However, mindset is the foundation for everything else hands down.  Through which lens you view the world will influence your beliefs, which will determine your actions and that will dictate your success.